Psychiatric emergencies present as acute changes in behaviour that negatively affect a patient’s ability to function in their environment. Often such patients are found to be in a state of crisis in which their baseline coping mechanisms have been overwhelmed by real or perceived circumstances. Emergency physician needs to know how and where to prioritize their efforts to deal with such emergencies. Join us with Dr. Himanshu Desai as he talks about the most efficient way to manage such challenges in emergency departments. 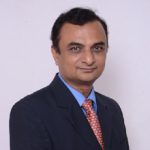